In 1900, The original building of The Tyrone Depot was built as a cotton gin. Unfortunately, it ended up burning down, due to it’s construction being made up of primarily wood! In 1946, the new building (now our present one) was built-with brick this time. You can still see the opening that moved the cotton to the other building.

In the early 50s, the front of the building was added and operated as the Redwine Brothers Bank. The President was none other than Floy Farr, founder of Peachtree City.

I was told the original loan was made right there at this bank and the old vault still remains! In 2004, I purchased the building and spent a year renovating the place. Today, only the original brick walls and floors remain. New electrical, plumbing, an flooring was added, as well as a caboose- which came from the town of Tyrone, given to them by CSX railroad. Since the town could not use it- we decided to purchase it and use it for serving food, buffet style. Our build-in DJ system and teak dance floor is also there and entertains the many guests that have functions there. 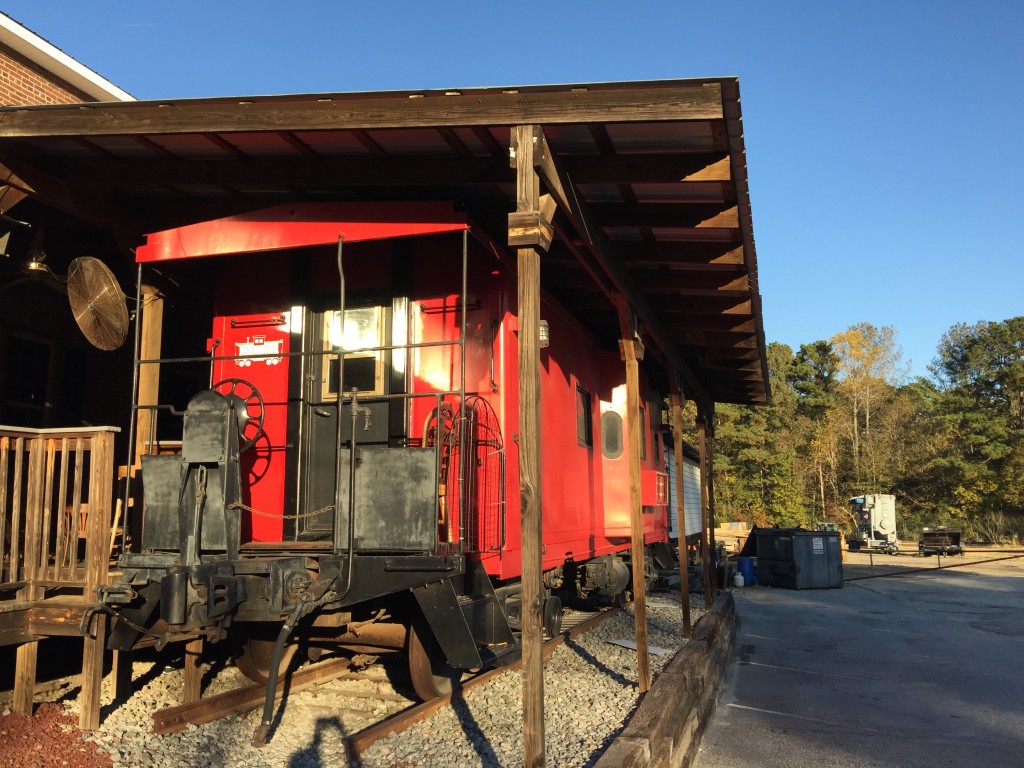 We are honored to share a little piece of history with everyone that celebrates events at Tyrone Depot!